Big Tech is going on trial 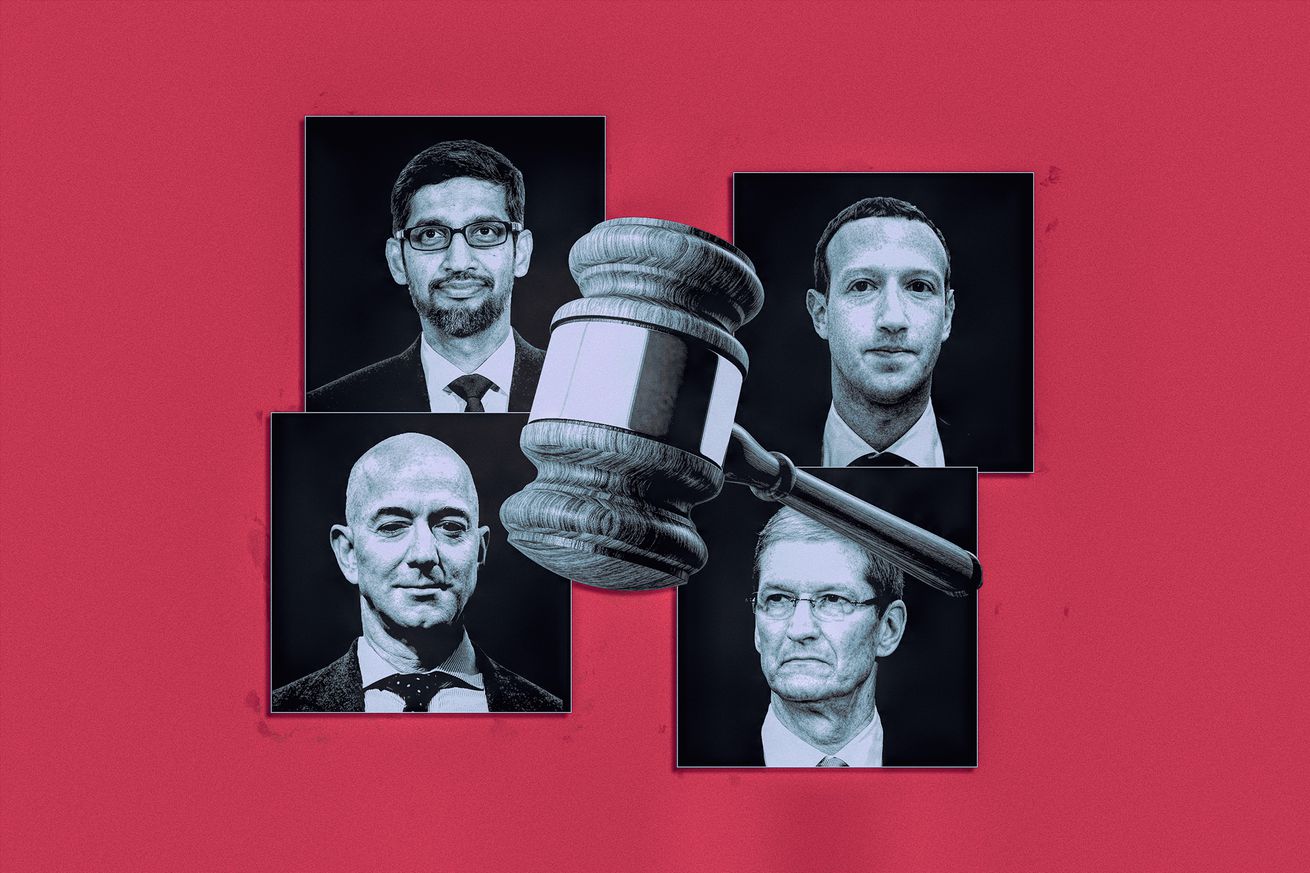 Big Tech is going on trial

For decades, the tech industry has skirted scrutiny over mergers, acquisitions, and potential anti-competitive behavior as antitrust crusaders argued their case from the sidelines. But this week, the industry’s biggest companies will be forced to confront that evidence head-on.

On July 29th, lawmakers are set to face the chief executives of the tech industry’s four most powerful players: Amazon, Apple, Facebook, and Google. Since last June, House lawmakers have been engaged in a sweeping investigation into the tech sector, focusing on whether some of the most notable names in the industry have grown too big and powerful. Over the course of the last year, the antitrust panel of the House Judiciary Committee has led the investigation leading up to the final CEO showdown on Wednesday.

At the hearing, evidence from that investigation may finally make its way into public record. Throughout its year of investigations, the committee has acquired at least 1.3 million documents from the testifying companies, held five public hearings, and conducted hundreds of hours of interviews. Facebook’s Mark Zuckerberg and Google’s Sundar Pichai have already faced grillings from Congress but not under these circumstances. Under Chairman David Cicilline’s (D-RI) leadership, members of the committee are heading into this week’s hearing with a huge pile of receipts, leaving little room for the executives to avoid uncomfortable lines of questioning.

“The other hearings where they’ve testified have not really been oversight hearings, they haven’t been about antitrust and monopolistic behavior,” Rep. Pramila Jayapal (D-WA) told The Verge. “That’s not what we’re doing. We are investigators.”

The main purpose of Wednesday’s hearing is for Zuckerberg, Pichai, Amazon’s Jeff Bezos, and Apple’s Tim Cook to address the evidentiary record the committee has already prepared over the last 13 months, an intimidating number of documents that no tech CEO has reckoned with since Microsoft’s antitrust charges in the ‘90s. At the end of this probe, the committee intends to publish a report in the coming months detailing how the executives’ respective companies have avoided liability under current antitrust laws because those competition rules were never crafted with the tech industry’s behaviors in mind.

“Since last June, the Subcommittee has been investigating the dominance of a small number of digital platforms and the adequacy of existing antitrust laws and enforcement,” Cicilline said in a statement last week. “Given the central role these corporations play in the lives of the American people, it is critical that their CEOs are forthcoming. As we have said from the start, their testimony is essential for us to complete this investigation.”

The hearing may be particularly rough on Jeff Bezos, who is testifying before Congress for the first time. Amazon has been a chief target for tech antitrust scholars for years, and recent evidence has put it in a particularly shaky position. At a hearing last July, Amazon’s associate general counsel Nate Sutton said that the company does not access sales data from sellers. But in April, The Wall Street Journal reported that Amazon employees used independent seller data to guide the development of Amazon’s own products. According to the Journal, employees allegedly analyzed the sales and profit margins of products like a car trunk organizer sold by a third-party seller before launching its own competing product. After the report was published, the House Judiciary Committee called on Bezos to testify in light of the story. It’s a good bet that Bezos will be asked about the Journal piece specifically and be forced to explain what the company is doing.

There are similar sore points for nearly every company appearing. Apple is facing active antitrust inquiries in both the US and EU over its app store policies, particularly the flat 30 percent cut the company collects for fees paid through the store. Last month, Cicilline told The Verge that the fees Apple charges equate to “highway robbery.” Google will likely be asked to address its dominance as a search engine, while lawmakers will likely probe Zuckerberg on Facebook’s history of troublesome acquisitions, including Instagram, that have largely avoided regulatory scrutiny.

While Democrats push the antitrust case, Republicans have their own set of concerns and may try to veer Wednesday’s conversation toward content moderation and allegations of bias against conservatives. Rep. Matt Gaetz (R-FL) sits on the subcommittee and has brandished himself as a prominent voice in the Republican fight against biased platform moderation. Gaetz has already filed a criminal referral against Zuckerberg for allegedly making false statements to Congress in hearings past. Companies could also try to make the hearing about Chinese apps like TikTok and how new competition rules could make the US less competitive with products from China.

But Democrats will likely try to avoid this evasion, focusing on how these companies all potentially stifle competition by copying and acquiring competitors in order to destroy them. And with so many major companies in the hot seat at once, progressive lawmakers see this as a chance to show how anti-competitive behavior is an industry-wide pattern, not just the result of individual bad behavior.

“There are some common patterns and I hope that we can show those across the companies,” Jayapal told The Verge. “The patterns of behavior are to dominate and to use that dominance to set the rules, so that other competitors cannot succeed.”

While Wednesday’s hearing ends the Judiciary Committee’s probe into Big Tech, it’s only the beginning of future regulatory or legislative action. What the executives say during the hearing could provide evidence for a new antitrust probe from law enforcement or provide the foundation for bills aimed at regulating the industry from Congress. For experts like Dipayan Ghosh, a former Facebook employee and a Pozen Fellow researching the tech industry at the Harvard Kennedy School, Wednesday’s hearing simply marks the end of evidence-gathering.

“This is the starting point. This cannot be the endpoint, because if it were, I would anticipate nothing happening going forward if this is the end,” Ghosh told The Verge.

That’s a lot of pressure on lawmakers, but if executed well, the hearing could launch a new era in antitrust regulation in the tech sector. After months of interviews and document requests, lawmakers and regulators finally have a chance to get direct answers from all of the major companies at once. It took a lot of work to get these four CEOs on the same panel at the same time, and it’s unlikely that Congress will have another chance like this anytime soon. Now, the onus is on them to make it count.