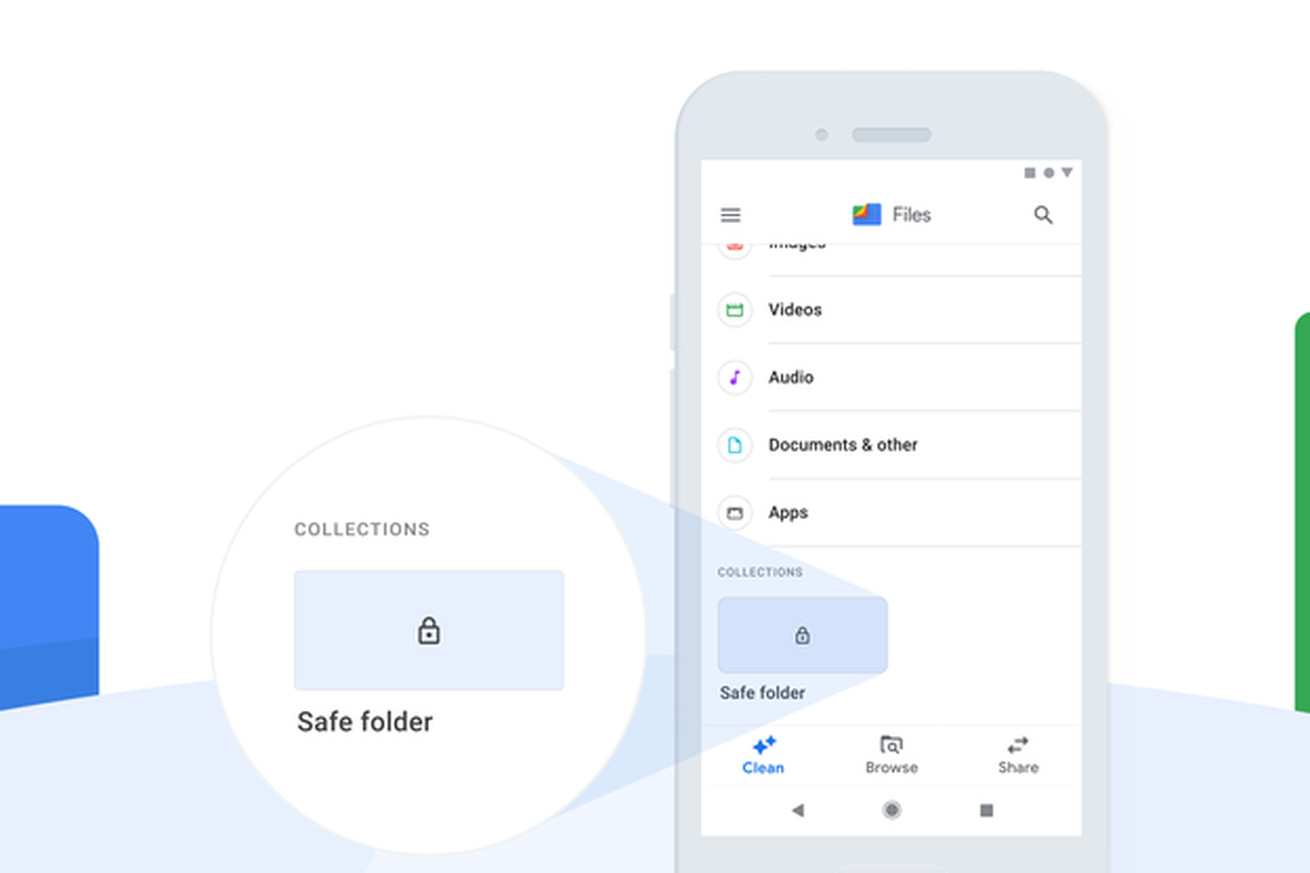 The new Safe folder appears under Collections in the Files by Google app. | Image: Google

The Files by Google app, which primarily gives Android users an easy way to manage files and free up space on their phone, is getting a new PIN-protected “Safe Folder” feature. After setting up a four-digit PIN, you can store any of your sensitive files in this encrypted folder. The folder is locked the moment you switch away to another app, and its contents are only accessible through Files by Google.

According to Google, the feature is mainly designed to help people who share Android devices, which it says is common for women in many parts of the world. Safe Folders keep important files like identity documents safe and secure from accidental deletion or sharing by kids, for example. And yes, it could also help anyone who wants to keep any “sensitive photos” private.

AndroidPolice warns that transferring a file into your secure folder means it disappears from other file browsers and gallery apps, so be sure you don’t delete or uninstall the Files app or clear its app data to avoid losing your private files completely. The same goes for forgetting your PIN.

Last year, Microsoft added a similar secure folder to OneDrive called “Personal Vault.” Along with PIN protection, you can also secure files in your Personal Vault using biometric security like fingerprint or facial authentication, or a two-factor authentication (2FA) code. Microsoft’s implementation also lets you protect documents in the cloud, while Google’s is on-device only, according to XDA-Developers.

Google says the Safe Folder feature is rolling out in the beta starting today, and AndroidPolice notes that it’s appearing in version 1.0.323 of the Files by Google app. Google says the app now boasts over 150 million monthly active users worldwide.