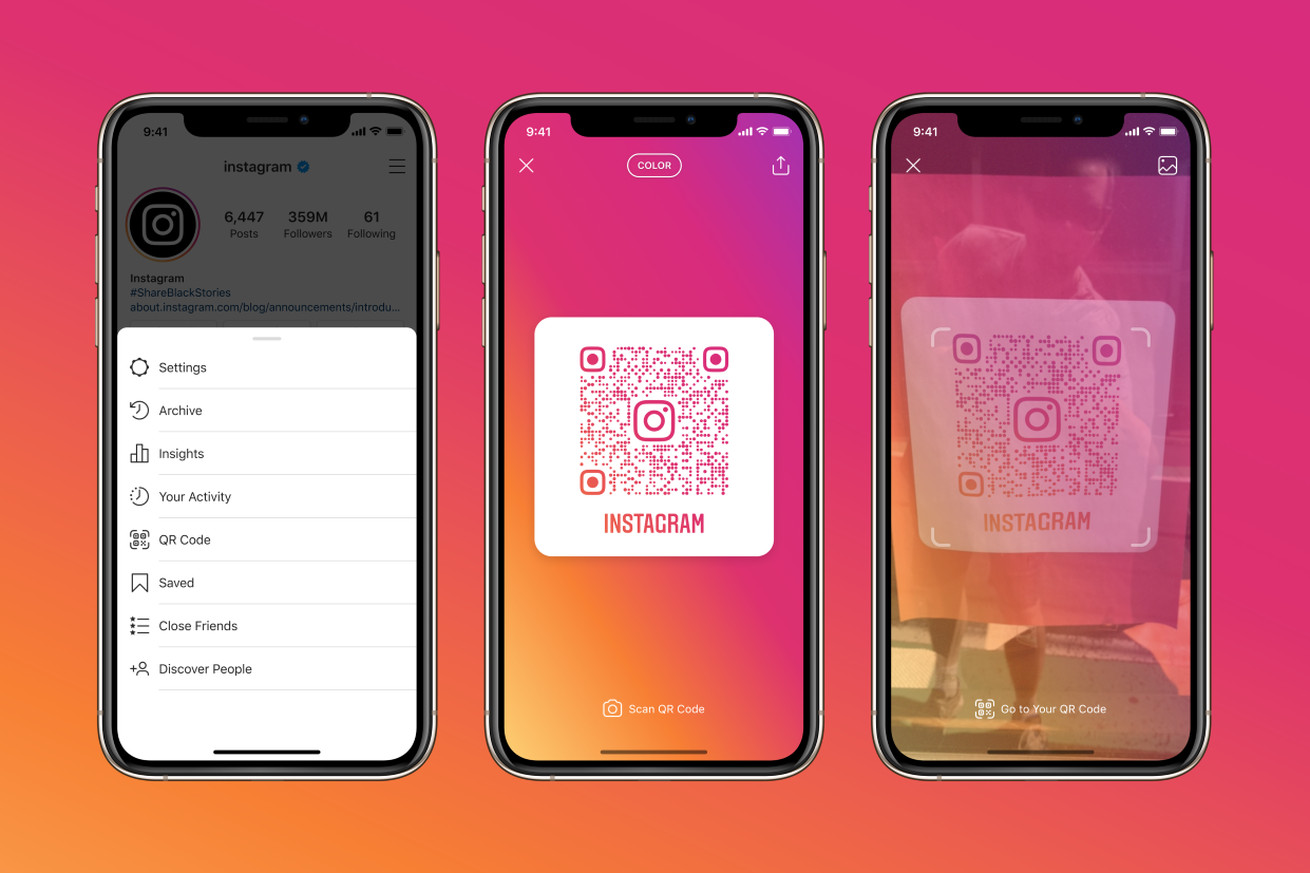 Instagram is bringing QR codes to the app. Users can now generate QR codes that’ll be scannable from any supporting, third-party camera apps. It first launched the product in Japan last year. The idea is that businesses can print their QR code and have customers scan it to open their Instagram account easily. From there, people can see store hours, buy items, or just follow the account.

To generate your QR code, go to the settings menu on your profile and tap QR code. You might still see Nametag there, but eventually, it’ll become QR code. You can then save or share the image. Instagram previously deployed a similar system called Nametags, which were internal QR-like codes that could only be scanned from the Instagram camera. It’s now deprecating the feature entirely.

Multiple other apps employ their own QR-like system, including Twitter, Facebook, Snapchat, and Spotify. (Only Twitter supports actual QR codes.) But with the pandemic, it’s unsurprising to see Instagram embrace the more open QR system. Restaurants have begun leaving QR codes out instead of their physical menus, and other businesses request that people scan a QR code to load their website. While Nametags might have worked for this purpose, QR codes make it easier for people to scan and make them less reliant on taking out the Instagram camera to access information.