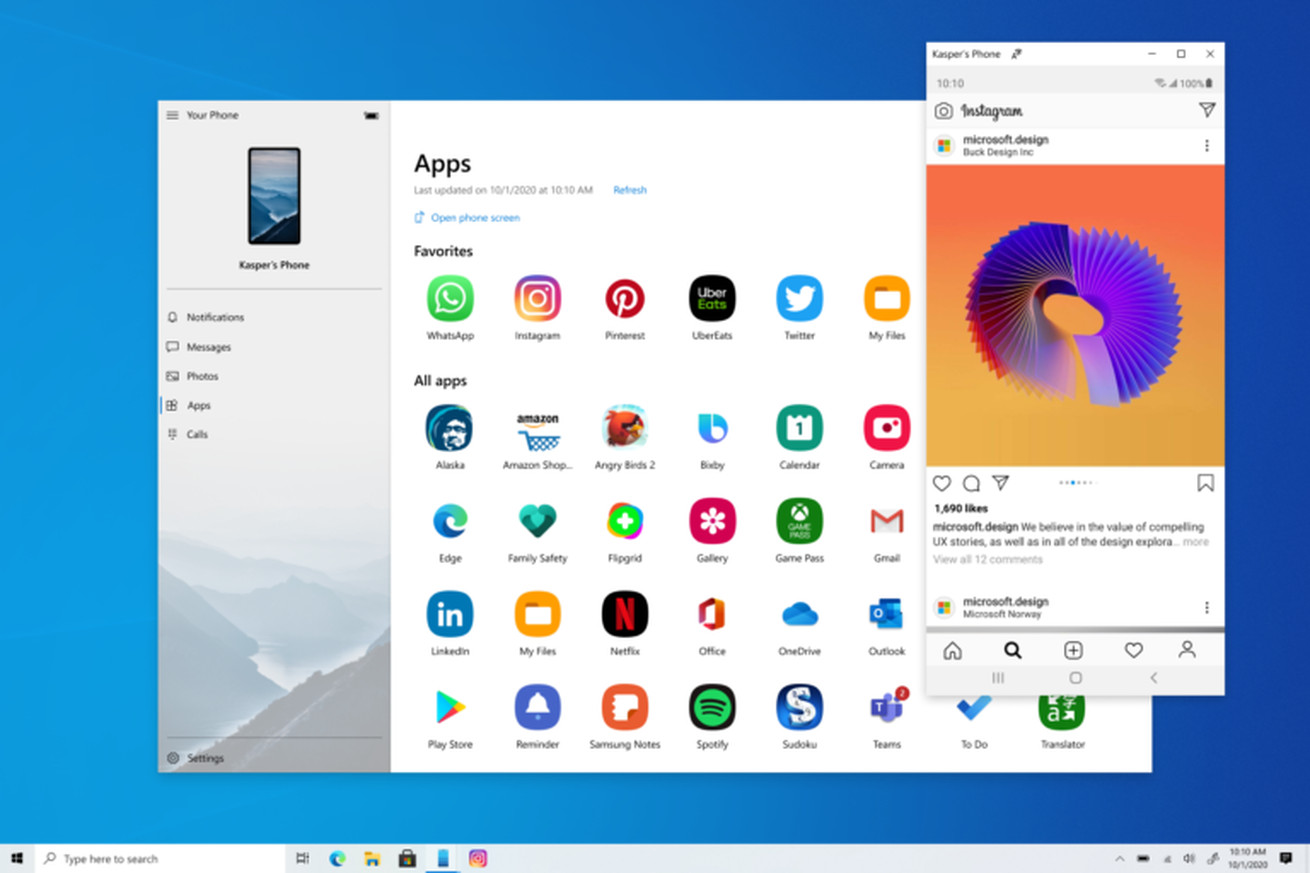 This new Android app support also allows Windows 10 users to multitask with other Windows apps with alt+tab support, and you’ll even be able to pin these Android apps to the Windows 10 taskbar or Start menu. The ability to launch apps directly from Your Phone means you no longer have to search around on a mirrored experience of your phone, you can simply pin your favorite Android apps to the taskbar and run them as if they’re regular Windows apps.

One big part of this new Your Phone experience is being able to run multiple Android apps side by side, something that Microsoft announced with Samsung’s Galaxy Note 20 launch earlier today. Windows 10 users won’t be able to access this particular feature until “later this year” on the Galaxy Note 20, and Microsoft says it’s also working with Samsung to bring this to other devices.

Not all Android apps will work seamlessly with this new Your Phone feature, though. Microsoft warns that some may block the ability to cast to other screens, producing a black screen instead. Some apps and games will also not respond to a keyboard or mouse, and others may play audio from your phone.

If you’re interested in trying out the new Your Phone apps feature, you’ll need a Samsung device. Microsoft has a list of all supported Android devices, but it’s literally only Samsung handsets right now.