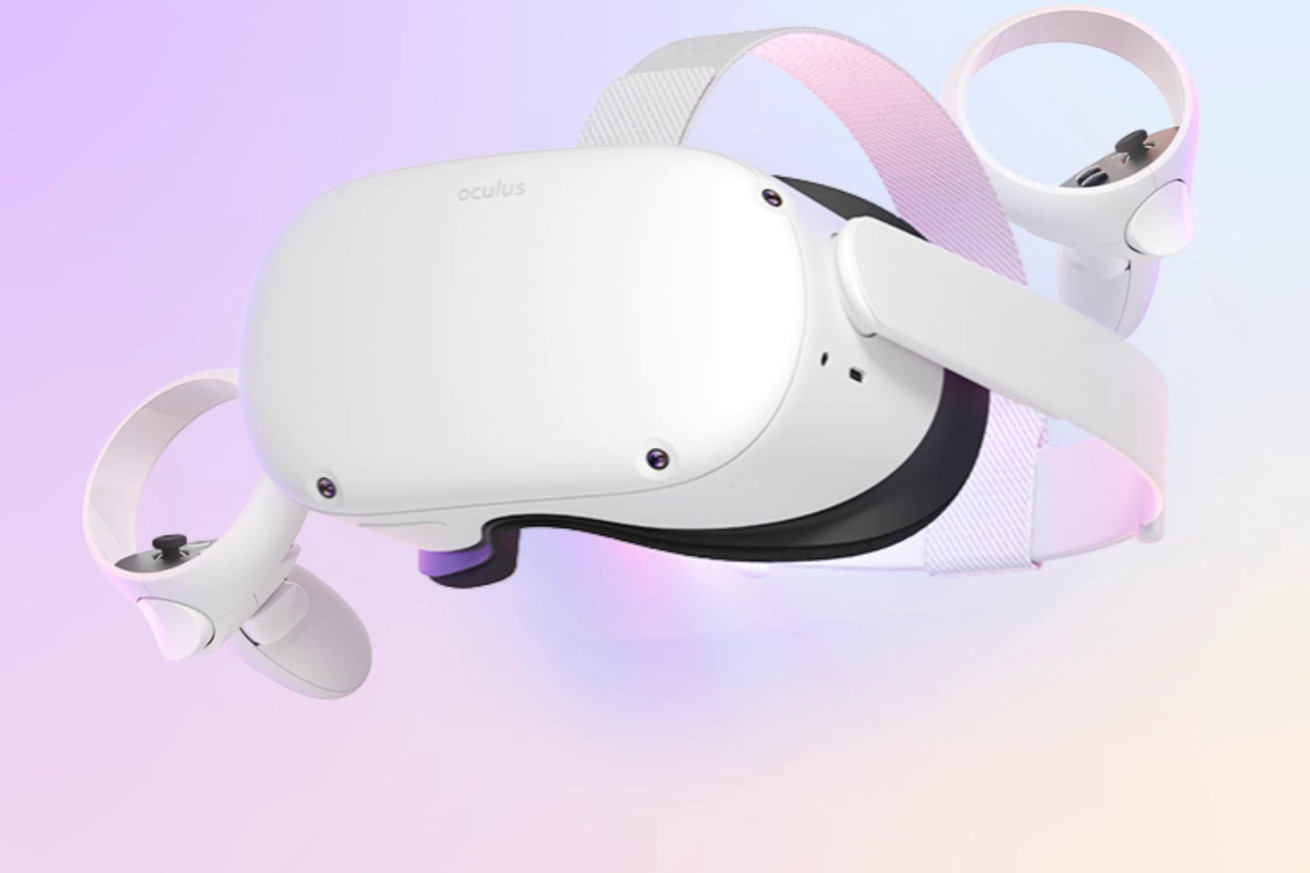 A picture of a new Oculus Quest virtual reality headset has seemingly leaked online. The image was posted by Twitter user WalkingCat, who has produced credible leaks in the past. It shows a headset very similar to the existing Oculus Quest, but with a black-and-white color scheme, a potentially slimmer design, and a possibly controversial feature tweak.

The Quest is Facebook-owned Oculus’ flagship product, and the leaked image seems to show an iterative update rather than a new generation of the headset — similar to the Oculus Rift S that followed the tethered Oculus Rift. Instead of the original 2019 headset’s black-on-black combination of fabric and plastic, it seems to show an all-plastic white body with a black face mask. The straps have been redesigned to either make the adjustment feature on each side less prominent or replace it with a single adjuster on the back, although they’ve got the same basic design as the original Quest, rather than the more comfortable but bulkier “halo” style Oculus adopted for the Rift S.

The headset looks shallower, which is consistent with earlier reports of a smaller and lighter Quest on the way. But that’s difficult to judge from a single, angled rendering. The top tracking cameras, by contrast, do have a markedly lower and more side-facing placement. That plausibly lets it pick up a wider horizontal range of controller movement. The rendering includes a pair of Oculus Touch controllers, which appear very similar to the existing design beyond their white plastic.

These are all welcome changes, since the current Quest’s front-heaviness is a real disadvantage compared to competing PC-tethered headsets. But there’s also one ominous change: the lack of an interpupillary distance slider on the headset’s underside. The current Quest’s IPD slider physically changes the distance between lenses, providing a clearer focus to people with eyes that are either closer together or farther apart than average. Oculus removed this feature from the Rift S, and it’s possible the Quest is losing it as well. It’s also possible that the slider simply moved, since we can’t see the headset’s top or its right side.

Even if this leak is real, we still don’t know the headset’s specs or whether this image reflects the latest design. (We don’t even know if Oculus is completely switching looks or if the Quest might offer multiple color options, although Oculus hasn’t done that in the past.) Pricing will also be an important issue for a refreshed Quest, with Oculus recently eliminating its low-end Go design. The current Quest starts at $399, but one made with slightly cheaper materials might hit a lower price.

Oculus declined to comment on the leaked image. But a Nikkei Asian Review article last week claimed that Oculus is planning to start mass-producing a new headset around the end of July. That could line up with an announcement or a release date later this year, possibly around the Oculus Connect developers conference.