WordPressopoly: WordPress Acquisitions Are Not a Game Anymore 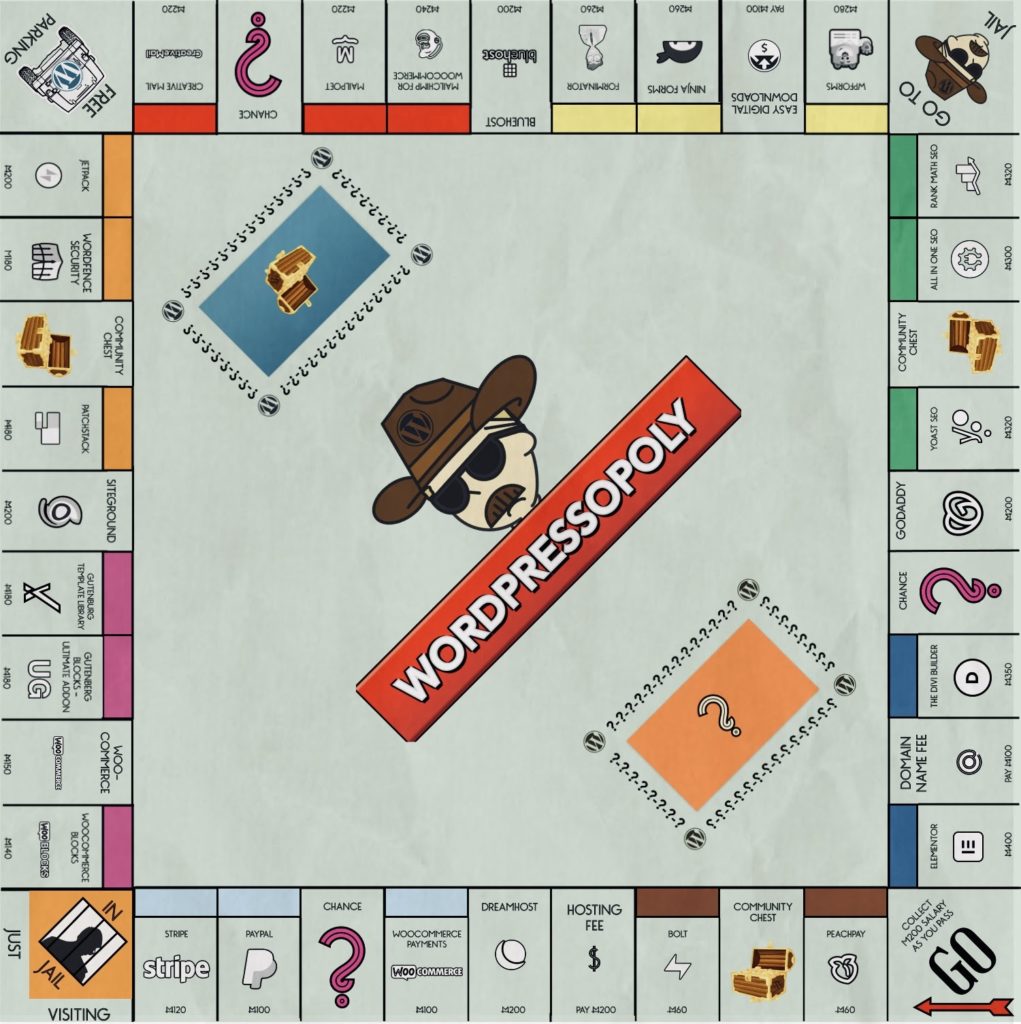 WordPressopoly: WordPress Acquisitions Are Not a Game Anymore

“Is there a Monopoly version of WordPress yet?” – Cory Miller.

There is now, Cory, at least in png form.

The WordPress ecosystem, and the unwalled WooCommerce garden contained within it, is experiencing a wave of consolidation, so much so that a webpage dedicated to tracking acquisitions now exists.

A few days ago, WooCommerce acqui-hired SomewhereWarm, the team behind some of the most popular WooCommerce marketplace plugins.

On September 8, 2021, Jetpack acquired Social Image Generator, which is a WordPress plugin that does what it says on the tin.

The list of acquisitions is never-ending. And this wave won’t stop.

So, what’s really happening, and why?

First and foremost, there is the big news revolving around Newfold Digital, which Cory Miller memorably covered in a weekly edition of the much esteemed Post Status newsletter in mid-August.

In case you still haven’t heard, Yoast was acquired by Newfold Digital, the company behind Bluehost, HostGator, Web.com, and enough entities to fill up five blog posts in addition to this one. This comes after an impressive decade-long run, during which the Yoast team grew to 140 people overseeing an install-base of 12 million.

But the Newfold Digital team isn’t stopping its acquisition spree there, says Nick Rasmussen, the company’s Director of Partnerships and Corporate Development. So keep an eye out for the Newfold goliath, my dear developers, as they will certainly be keeping an eye out for you.

Before Yoast, there was Poynt, another major acquisition. We all know Yoast as the king of SEO plugins, but you might not have heard of Poynt, an omnicommerce payment solution.

The payments world is a thoroughly Schumpeterian one, fast-moving and ever-evolving, so it can be difficult to keep up with the repeated cycles of creative destruction.

However, the importance of Poynt’s acquisition by the other hosting behemoth, GoDaddy, cannot be understated. This acquisition permits GoDaddy to fully leverage Poynt as a vehicle with which it can monetize on its massive network of hosted sites through transactional fees.

In making this acquisition, GoDaddy is also doubling down on conquering the managed WordPress hosting space (remember GoDaddy’s acquisition of SkyVerge last year?).

It remains to be seen the lengths GoDaddy will go to see its clients adopt Poynt as their payment processor of choice.

Just how managed is managed WordPress hosting going to get? Nonetheless, even at this juncture, it would not be unreasonable to state that if executed correctly, this initiative would be the first step toward a new future for GoDaddy, under which it does nothing less than reinvent itself as a fintech company. Very much de rigeur if you buy into the increasingly prevalent belief (loudly trumpeted by Twitter Tech Bros and their VC amanuenses) that the big winners of the coming decade or two have no recourse but to be either media or financial titans.

Neither is the consolidation happening around us limited to sprawling hosting providers (or AwesomeMotive) purchasing plugins with extensive reach or profit potential. It is happening on a smaller-scale too.

FlipWP, which launched in June, is already becoming something like the official unofficial WordPress acquisition marketplace. Unlike MicroAcquire, Flippa, CodeCanyon, and the litany of other marketplaces out there, it has a clearly elucidated focus on WordPress.

As of the end of August, the marketplace is approaching 20 listings, ranging from $1.3 million to $2,500 as the asking price. We have already seen one WooCommerce-specific plugin listing, and I expect that this is just the beginning.

Alex Denning and Iain Poulson, the pair behind the marketplace, have already received Chris Lema’s seal of approval, who stated that he is “positive FlipWP will be a success”.

However, he noted that it would be of vital importance for the nascent marketplace to assist sellers in determining the right asking price through the rigorous scrutinization of key metrics, including profit margin, staffing count, revenue growth, total annual revenue, renewals, revenue profile, and future intentions.

“WordPress is a community-driven ecosystem, and that brings good and bad: until we made FlipWP, selling your WordPress business was a case of “who do you know?” WordPress is in the business of democratising publishing, so we see the site as fitting that nicely: we’re making it much easier for buyers and sellers to connect and do business.” – Alex Denning, Co-Founder at FlipWP

So what’s causing all these acquisitions, big and small?

Sure, the big want to get bigger, but is the story really so simple?

Personally, I buy into Chris Wiegman’s explanation. I am guessing many of you have heard or experienced for yourself the frustrations voiced by Chris Wiegman in a now widely circulated tweet:

Wiegman further elaborated in a post entitled “The Changing WordPress Ecosystem” in which he laments the fact that WordPress has lost its real strength: simplicity.

It is simplicity, he argues, that created the WordPress ecosystem, lush as it is with plugins, themes, and site builders.

Wiegman, an engineer at WP Engine, yet another hosting company, occupies a unique vantage point. It has allowed him to observe hobbyists being shunted in favor of growing companies. He names a number of the technologies in use for a project he is involved in, including “PHP, React, Webpack, Linters, Docker, Terminal, PHPUnit, Jest, Codeception, JavaScript, TypeScript, WordPress filters and actions, REST, GraphQL, CircleCI, Composer, [and] NPM“…

True it may be that not all these technologies are absolutely indispensable for plugin and theme development today, but the process is indisputably a far cry from the PHP-limited development of ten to fifteen years ago.

Wiegman also speculates that WordPress core will suffer decay, prompting the development of WordPress dashboard alternatives, presumably by his employer and other hosting providers. So, you see, managed WordPress hosting looks like it’s going to get much more managed indeed.

Since Cory Miller asked for it…

WordPressopoly: WordPress Acquisitions Are Not a Game Anymore .